The friendliness of the people already surprised me 10 years ago when I came to spend Easter in Holland before making the decision about coming to live my first experience as Au Pair.

We were buying train tickets when a woman who was in the queue helped us understanding the man of the office to buy tickets and accompanied us to the platform, all without asking her anything.

Many times it happened to me that I was looking for something in the supermarket and someone offered to help me.

In Holland I have always felt very helped by people and the people have always made ​​an effort to understand me.

-You can live and work speaking only English

We always recommend to the people coming to the Netherlands learning Dutch. Being able to speak and understand Dutch increases the probability of finding a job and also you will feel more integrated but this does not mean that it is not possible to live and work speaking English. It is possible. Also, I want to mention, that without Dutch and English it will be really difficult, so at least a good English level is necessary but it can be enough.

You can see all the job offers we publish in our website that only English or English and an extra language is needed.

It’s healthy, relaxing and economical and besides often the fastest way to travel. We love to go with our Dutch bike everywhere.

There are only few countries where the spring is as pretty as in the Netherlands. It is the time when the Dutch people take every ray of sunshine to go to the park to have a barbecue or a picnic, a time when the days get longer and the terraces of the bars are filled.

When you live in a foreign country you are more open to meet people and make new friends. In the Netherlands there are many activities and events where you can meet other expats, such as in the events we organize in Hello World.

-See that it is not impossible to get a job

We love to see that the international people coming to look for a job after trying in a country (like Spain) often find a decent job, they know they can progress in the labor market and that their efforts can be rewarded.

You can see the testimonials of our clients that confirm it.

Accustomed to the Mediterranean weather it is a bit difficult to live with the Dutch weather.

Winter in The Netherlands is cold but I always say I do not mind spending a winter a little colder in Holland because when it snows the beautiful scenery is really nice. What I do mind is the summer when I start to see on Facebook and on friend’s pictures that they are on the beach, on a terrace and I still go with the jacket because one day it’s sunny and three are cold or wet. I arrived to a conclusion, there is no real summer in Holland.

-Be far away from our family

As we are Spanish being in The Netherlands is not so far away from our family but sometimes it feels so far when you want to hold them and you can’t.

Specially at the beginning it is good to visit them some times or get some visits so it doesn’t seem so hard to be living in another country.

-Adapt to the Dutch culture

There are two things I do not like from the Dutch culture.

The first is that they are very direct and especially in the beginning it can hurt you if you are too sensitive. After some time you’ll end up getting used to it and if you look at the positive side, you will see that they tell what they think and are almost never fake.

The second thing I found “different” is that most of them they are not used to maintain physical contact. This means they don’t kiss, hold or touch each other so much as we do in Spain or Latin countries. I’m surprised to see that within a family they almost never hug or give kisses. Many times if they are posing for a photo they don’t touch each other and in that moment I think: How much I would love to be able to hug my mum if she would be in this photo 😉

What about you? What do you like the most and the least about Holland?

Live in Holland,
trabajar en holanda,
work in The Netherlands,

Working in the Netherlands – The worst mistakes you can make in your CV 7:29 pm 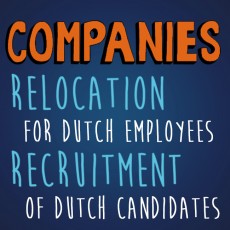 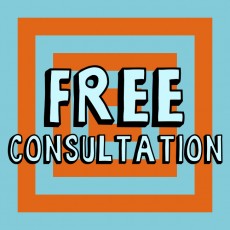